This online taster was developed by Escape Studios' Head of 3D, Mark Spevick, and costs just £25.

Read more »
Posted by Alexander Williams at 08:03 No comments:

Get Ready For Our January 2020 Class

Our next classroom is now taking applications, and the new class begins on Monday 6th January 2020.

It's not too late to book a place; all you need to do is visit the main site and fill in a form.

If you want to learn 3D animation to a professional level - your journey starts here.

Read more »
Posted by Alexander Williams at 01:27 No comments:

Email ThisBlogThis!Share to TwitterShare to FacebookShare to Pinterest
Labels: Getting Started, January Class 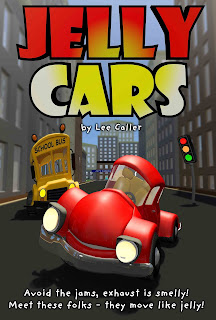 "Jelly Cars" is an inventive piece of film-making;  it's a charming story, entertaining and fun - and beautifully animated.

Lee took a simple exercise - animating a vehicle in motion, (in this case, animating a cartoon car, using the free yellow Beetle rig by Aaron Parker), and turned it into a short film, which has already been accepted into its first film festival - the annual KRAF film festival in Croatia.

Congratulations to Lee on his excellent work; we wish him every success in film festivals around the world.

Read more »
Posted by Alexander Williams at 06:30 No comments:

My short film "Charlie and Yip" is a finalist in the Film Only Film Festival in Harrow on January 11th 2020.

Charlie and Yip is a short film about a kid who takes his pet to school for Show and Tell, with unexpected results. It's a really a teaser for my indie feature film project "My Haunted House", which is still in development.

We'll be heading to Harrow for the event, cheering on our talented animation team. To buy tickets, follow this link.

Two weeks ago I was invited to participate in a panel discussion at CTN in Los Angeles about my father's work in animation. It was a nice way to honour his memory and talk about his work in an open forum with family, friends and colleagues.

While I was in LA, I also got to meet up at the Disney lot with Andreas Deja, lead animator and the man responsible for bringing "Scar" to life.

Read more »
Posted by Alexander Williams at 06:22 No comments: