How to Animate a Dialogue Shot

How to Get Ready for Our November 5th Class

November is almost upon us, and our newest animation classroom begins soon.

Our November classroom starts in less than two weeks, on Monday 5th September.

It's not too late to book a place; all you need to do to start a conversation is head over to our main site and fill in a form.

Read more »
Posted by Alexander Williams at 09:16 No comments:

How to Keep Your CG Characters Alive

One of the most common mistakes made by junior 3D animators is to have their characters stop moving at the end of the shot - or sometimes, in the middle of it.

Unlike in 2D animation, where a held drawing can be very attractive, CG characters tend to lose their sense of life if they stop moving completely.  Digital characters need to stay alive, moving just a tiny bit, shifting, breathing, or just being.

The best way to achieve this to have a little bit of a drift or ease-in on your curves, so that the character never stops dead, but keeps moving, just a little bit.

To achieve this, it's a good idea to set keyframes on all your control curves at the start and end of the shot.

Read more »
Posted by Alexander Williams at 09:12 No comments:

Why Animators Leave Lipsync Until Last

One of the most common mistakes made by junior animators approaching their first dialogue shot is  to start with the lipsync, focusing on the mouth shapes first of all, and leaving the acting and body poses until later.

At Animation Apprentice our first dialogue shot uses a character rig with no mouth (think Warner Bros' Marvin the Martian), a deliberate approach that forces the animator to think about the acting and the body poses, and to make sure they hit the accents in the dialogue.

Almost without exception, experienced animators tend to leave the lipsync until last.  Lipsync isn't exactly an afterthought, but it is a lot less important than getting the acting and body gestures right.

Read more »
Posted by Alexander Williams at 02:02 No comments:

When Should Animators Spline Their Curves?

Finding a dependable workflow is the most important thing every student animator needs to learn.

You need to be able to plan a shot from start to finish, and know that you have the tools to tackle pretty much anything a producer can throw at you on monday morning, knowing that you will have something ready for approval by friday afternoon.

Most students get the hang of blocking out their shots, pose to pose, on stepped curves, reasonably quickly.  But the next stage - knowing when to spline your curves, is much harder to get right. So, when should animators spline their curves?

Read more »
Posted by Alexander Williams at 01:21 No comments:

How to Avoid "Motion Sickness" Camera in Maya 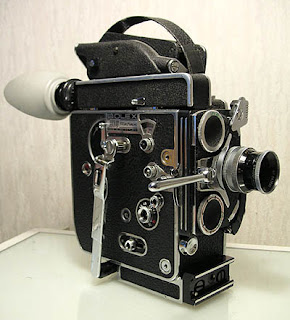 One of the challenges of learning 3D animation is knowing not just how to animate characters, but also where to put the camera, and what to do with it.  3D animators have to be cinematographers too.

The art of cinematography is complex and has many pitfalls for the unwary. The most common mistake made by junior animators is to over-animate the camera.

The general rule for animating the camera in Maya is this: Don't do anything you wouldn't do in live action.

Read more »
Posted by Alexander Williams at 01:22 No comments:

One question that student animators often ask is about the merits of Inverse Kinematics (IK) vs Forward Kinematics (FK).  The IK -v- FK debate sounds rather abstract - a bit of a techie question. After all, at first, it's not immediately obvious what these terms even mean, let alone how to explain which option you should choose.

The question is really about hierarchies. Usually, animators are trying to decide whether to set the hands on a character to IK or FK.  If the hand controls are set to IK, then you are controlling the hands from the bottom of the arm hierarchy, from the hand control.  If you set the controls to FK, then upper arm, shoulder and body is in control of what the hands do.

In a walk cycle, you usually set arms and hands to FK, because the arms are swinging, controlled from the shoulders. But if you were to animate a sword fight, where the position of the hands is vital, then you would almost certainly choose IK.

Why Do Animators Need Clean Curves?

Recently a new student at Animation Apprentice asked this question: "Why it is necessary to have clean curves [in the Graph Editor]? Can we just ignore them as long as the animation looks good?"

This is a good question. After all, the audience will only see the final result, not the curves in the Graph Editor.  So, why bother keeping the Graph Editor clean? What is the point?

Read more »
Posted by Alexander Williams at 00:13 No comments:

How Do Animators Time Animation?

Recently a new student at Animation Apprentice asked me this question: "How do you decide on the number of frames you use for each shot?" Which is really a way of saying "How do you time animation?".

This is a good question, very commonly asked by junior animators - and a tough one to answer. The short answer is that it takes time, and patience, as a thorough knowledge of timing and spacing takes a while to acquire.

However, one simple approach is time out an action with a stopwatch, or the timer on your phone, to get an idea of how long an action will take. Some animators will count out "one one thousand, two one thousand"... to figure out how many seconds an action might take.

But the best system of all for newbies is to use live-action reference.

Read more »
Posted by Alexander Williams at 06:41 No comments: