The short was screened on June 8 in London at the Empire Leicester Square, competing with dozens of other shorts in three successive screenings over the course of the day. 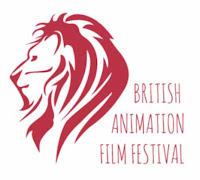 The festival is an annual event which aims to highlight the best in British and International animated entertainment. The festival hosts a diverse selection of animation from short films, to music videos to new TV pilots. 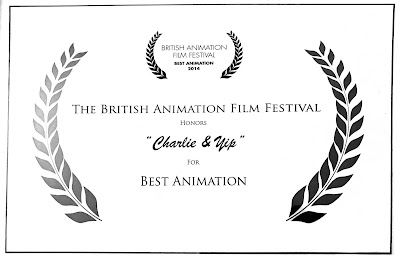 Gravy Media Productions
Like any short film, Charlie and Yip was a group effort, and a ton of work. A lot of artists put a great deal of hard work into it.

Below is a message of thanks from Gravy Media Producer Nathan Erasmus:

"Thank you to the very special people who voted for this. You know who you are. Also congrats to Gravy Media director Alex Williams and his ex-students the very special Tumblehead from Denmark for doing such a fantastic job and earning your votes for best short at the 2014 British Animation Film Festival."

Tumblehead Studios
Charlie and Yip was made by Tumblehead Studios in Denmark, founded by the very talented Magnus Moller and Peter Smith, both graduates of the Animation Workshop in Viborg, Denmark, which has for some years been developing a reputation as one of the best animation schools in Europe.

Tumblehead did the final design work, the modeling, texturing, rigging, animation, lighting and rendering (which was done in Arnold).

To see more of Tumblead's excellent work, check out their website at www.tumblehead.com.

Voice Talent
Voice talent was provided by Lizzie Waterworth Santo, an actor with an admirably wide range of vocal skills. The kids in class were voiced by students at the American School in Surrey.

We also owe a huge debt of thanks to the West Danish Film Fund, who gave very significant support for the film, enabling us to achieve a very high level of quality.

Sound design was provided by the very talented Vanesa and Dominique at Tate Post in Soho.

My Haunted House
Charlie and Yip is really a teaser for my feature film project, My Haunted House, which is being developed at Gravy Media. We're currently in re-writes with writer Tim Lebbon (it's going really well), aiming to take the project to Cartoon Movie early next year, where we will be looking for finance, co-production partners and distribution. 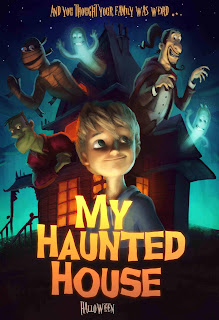 Charlie Fantum is a perfectly normal teenager, who lives in a perfectly normal town. Except… he shares his house with his family of dysfunctional ghosts, ghouls and monsters! He lives a lie at school, where he’s popular and well-liked, but he knows if his cover’s blown he’ll forever be the odd one out.

When his home and family are threatened, Charlie is the only one who can help. He must go on a quest to bring home the rest of his family and put on a Hallowe’en show, raise money, and save their house! On this journey Charlie begins to realize a freaky family is better then no family at all.

Funny, dramatic, scary and uplifting, in this supernatural adventure Charlie learns that it’s OK to be different ... and there’s no such thing as normal.
Meanwhile, where will be a free My Haunted House game at the iTunes store soon, where you can view the short, alongside some free mini games.

You can also see more at our website www.myhauntedhousethemovie.com.

My Haunted House - Teaser from Tumblehead on Vimeo.

Posted by Alexander Williams at 02:14