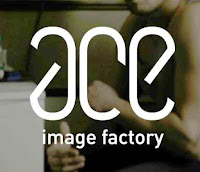 Many congratulation to Animation Apprentice graduate Dominic Rayner who has just started a job as an animator with Ace Image Factory in Brussels, Belgium.

Of the new job, Dominic said "I am very excited about the new job; it's right up my street! Certainly it's a consequence of recent studies with Animation Apprentice, so that worked out very nicely!"

All about Ace Image
Ace Image are partners with a company called the Fridge, also based in Brussels. The project is a co-production with a German company called The Chimney.  The film is called Lilly The Witch, and Dominic will be animating a "chubby cartoon dragon" called Hector, who is to be animated in a cartoony style, combined with live action footage.

Agency referral
Dominic got the job through an agency called Utopia, who send him regular links to job opportunities. Dominic applied for the job at Ace Image Factory just before Christmas, and they responded early in March.

We congratulate Dominic on the new job, which is also a reminder that animation is a global business with opportunities all over the world, including Europe. Brexit may be looming, but for the next two years British citizens are still citizens of Europe, so UK animators still have the right to live and work anywhere in the EU.

To see more of Dominic' work, including his demo reel, follow this link.

Posted by Alexander Williams at 12:21