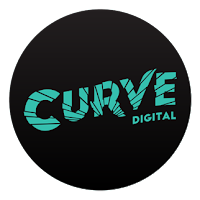 At last week's BlueGFX Expo, one of the most interesting presentations was by Brynley Gibson from indie games developer Curve Digital on the subject of Virtual Reality.

Gibson posed a number of questions to the audience about what exactly VR is about, and how digital artists should approach VR projects.

And the first question anyone attempting a VR project should ask is a simple one: why does this need to be VR?

In addition, Gibson argued that VR needs a significant “wow” factor in order to make it worthwhile. After all, VR is expensive, both in terms of data and man hours, and we need to be able to justify the effort involved.

Another question to ask is "Can the project only be done in VR?" We want to be tackling projects that only work in this medium, or would be very significantly enhanced by it.

He also talked about the emotion of VR – what exactly are you trying to elicit? VR can be an overwhelming experience - we should be careful what we wish for, and make sure we don't expect too much of the audience.

What are the rules? There are no rules! VR is new - it's still the Wild West. Developers and artists should be open minded!

One of the most interesting parts of the talk was about the language of VR. Unlike traditional games,  a VR experience has "no outside distractions". Once the player has a helmet on, they are embedded in the virtual world. And the game developer doesn't know what the player is looking at, exactly, because you can't direct the player's view in the same way you can with traditional games.

So, since every game has to have some kind of linear narrative to make it work,  how do you - the developer - get them (the player) to look at the right object? The solution "is to lead the player". In other words, allow the player to look around in 3D space, but "use sound and fx to [make them] look in a particular direction".  And, in the end, the game still needs to work, even if they don’t look the way you want them to. So this is a very different landscape from traditional games design.

You have to "achieve immersion" by "creating believable worlds" even if these "are not realistic worlds". For a great VR experience, you "must have a set of rules", you have to "think 360 entertainment". The problem is that it is "very expensive to do this. In practice "most of the action takes place ahead of the player….not too much is going on behind and around you".

A body is a "great way to show who you are". Say you are playing as an alien - the avatar will show this. But, "if the avatar breaks, it breaks the experience".

One solution to this is the “hands only” approach, also known as "Jazz hands". In other words, the game does "not show your body, just your hands". The result is a bit weird - disembodied hands", but it kind of works.

One of the features of VR is that is has a “hugely amplified effect” on the audience. A player who has a "fear of sharks" will find this "hugely amplified by a shark VR experience". So we must be careful. We "don’t want people to injure themselves - or even suffer from ptsd".

Much better that we should "keep the players comfortable – some people are going to feel ill. Try not to! Nausea will break the immersion". This is something that we need to "tackle up front".

Some things work well in VR, others don't. A luge game (for example) works well "because you steer with your head." Also "first person shooters work great in VR."

Brynley's advice for developers is to "plan for a lot more unknowns than you have ever imagined", because VR is "lengthy and expensive".

In the end, you have to be "true to VR". And, he added. "always innovate. And get involved".

No one really knows yet how VR is going to turn out. For now, it's a small and very open community – "people are sharing".

It’s still very open, and there is everything to play for.

To find out more, visit curve's official site. http://curve-studios.com/ Or email
brynley.gibson@curve-digital.com
And to see their demo reel, watch the video above.

Posted by Alexander Williams at 01:20