Why Animators Have Too Many Cuts 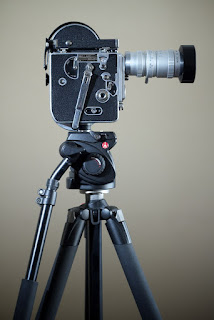 One of the many challenges faced by junior animators is where to put the camera. At its simplest, a camera can be stationary, watching the character's performance unfold. There isn't any need to cut from one angle to another.

However, when we start to storyboard and thumbnail our work, it is often tempting to jump from one camera view to another - from wide shots, to close-ups, and then to mid shots - anything but holding the camera steady.

The trouble with this approach is that multiple cuts can become hard to control, and the resulting performance becomes overly complicated and unnecessarily disjointed.

Hold the camera still
So what's the solution? The answer is, don't cut. Keep it simple.  The simplest approach is often the best one - just leave the camera where it is and let your characters perform - just like on a live action set. Many film directors have made their careers with this approach. They point the camera at the actors, and let them act. It's not bad film-making, it's just a simple, clear approach that can pay big dividends, and avoid complexity.