Pixar animator Michal Makarewicz was at the CTN Expo in Los Angeles yesterday, running a masterclass in Pixar animation and explaining his own personal animation workflow.

Michal is an experienced character animator whose animation credits include Incredibles, Ratatouille, Wall-E and Incredibles 2.

Michal won an Annie Award (the animation Oscars) for Best Character Animation on Ratatouille back in 2008.

Animation Planning
Understanding how to plan your work is one of the most important parts of the animator's skill set. Every animator has their own unique approach, and it's vital to develop a workflow that you can rely on to get your shots approved. Developing a reliable work flow is one of the key skills animators learn at Animation Apprentice.

Pose to pose vs straight ahead
Michal explained that he doesn't work with the standard "pose to pose" method of animation. His system is more intuitive, a straight-ahead approach that "works for him", but isn't widely adopted at Pixar. He explained that his brain "just doesn't get" the traditional pose-to-pose approach, but his own work flow works well for him.

Breathing
Characters need to breathe; this is a detail that animators often neglect to include in their work. If a character is breathing, we believe that they are alive. This is the kind of level of detail that takes your animation to the next level.

Character limitations
Michal  explained that nowadays "you can do anything with these characters". The character rigs "have no real limitations anymore"; and there is plenty of squash and stretch available for animators.

Time Limitations
Animators have deadlines, and we all need to finish our shots on time. To make this process smooth, animators must develop a plan. You might allow two days for thumb nailing, planning and blocking. Then, a third day for refining - into spline curves. The last day and a half is reserved for polishing the shot. And you also need time during the refine stage for revisions, as it is very likely you will get notes.

Draw-Overs
Pixar animators often get "draw-overs" from senior animators, such as Tony Fucile. These can be very helpful in terms of finding a strong pose, but they should be treated as guidelines, "something to aim for", not as a straightjacket to be adhered to. In the end, "it's just a drawing".

Making Changes & Taking Notes
You will always get notes from directors, and this can be one of the hardest parts of the job. Experienced animators talk about their work, and show it to their colleagues - animation is usually a team effort. Animators should "always get feedback from their colleagues; people they trust". They will help you do your best work. 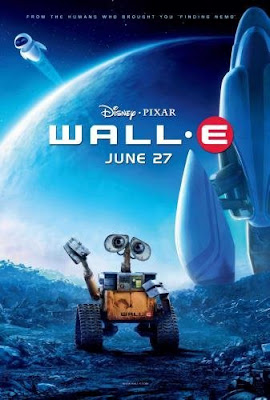 Some directors aren't very specific about what they want. They might say "I just don't get this shot; it doesn't make me happy". Other directors will give you more specific notes, but these notes might not be 100% accurate. Sometimes you have to "fit the note to what they want, and not what they are saying".   You have to figure out - what do they mean by what they say?

Sometimes you have to try stuff out. You might work on a shot for a week, and it can be hard to be told to make changes, when you are already deeply invested.  As an animator, you have to park your ego at the door a little bit.  So, always try out the notes.

Managing Animation Dailies
Sometimes at Animation Dailies you might get notes, not just from the director, but from various animators. At Pixar, the structure is very loose; the supervisors "aren't there to tell us what to do"; it's more about supporting the animators. Dailies can be "a bit of a free-for-all", and maybe "only 1 out of 5 notes sticks", but it's still "important to get those notes out there".
To find out more about Animation Apprentice, click here for a link to Frequently Asked Questions. To sign up for our next classroom at Animation Apprentice, follow this link.


Posted by Alexander Williams at 09:06