The Lion King - Which is Better? New or Old? 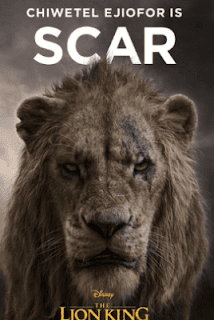 I went to a preview of The Lion King last night fully prepared to dislike the new film - how could anyone top the original? And why bother with a re-make, other than to please the shareholders? (But maybe I'm just jealous - I don't own any Disney shares)

Of course, I am very biased, having worked on the original Lion King back in 1993, so I was doing my best not to enjoy the movie and to persuade myself that the original film was still the undisputed king.

But MPC, the London VFX house that did all the animation, have raised the bar for animal and creature animation to such a level that it's impossible not to be impressed by the sheer skill of the digital artistry.

The Lion King is a triumph not just of technology but of great storytelling, as the film-makers kept most of the original film but wove in new elements to keep the story fresh.

Story and technology
The animal animation feels so believable that you forget you're watching animation; as you slip into a David Attenborough world so realistic that you are seldom aware the entire film is just pixels.

During the Q&A one young audience member asked "were the animals real?" - to general audience laughter.

But the question was a fair one; the animals feel so real that it's easy to get confused.  The characters look and feel as if they inhabit a documentary world - except that they speak.

Digital artwork
Director Jon Favreau explained that the entire film is digital - every blade of grass, every whisker. Apart, that is, from one shot, which was filmed with a camera; this is Favreau's cheeky (and very confident) challenge to audiences to see if they can spot his Easter Egg - the one element of the film which isn't created with CG magic.

Creature animation
The fundamentals of animal and creature animation haven't changed much since 1993, but the level of detail and believability that can be achieved is much, much greater.  And, today, we have much more powerful tools to help animators shape the performances.

Animation houses nowadays take a library-based approach animating shots, creating walk and run cycles that can be accessed by any animator on the production, and working with live-action footage to re-create photo-realistic performances.

Still, I feel a certain nostalgia for the original hand-drawn movie, where I cut my teeth as a junior animator. The original Lion King still holds up well, but for a new generation of children the 2019 re-make will now be the real Lion King.

You can also see an interview with me about The Lion Kingat Huff Post here.

Posted by Alexander Williams at 07:32