The Animation Student Who Created His Own Job in The Theatre 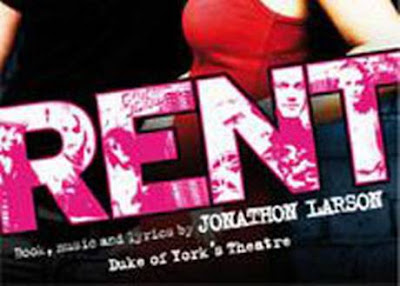 Marc Godfrey is an animation student with a passion to work in the entertainment industry. At a time when finding work can be hard even for seasoned professionals, let alone students with less well-established credentials, an entrepreneurial approach to finding work is more important than ever. Marc was one of the first students to learn with Animation Apprentice - he is currently doing an animation masterclass at Aardman Animation in Bristol. We asked him how he managed to create his own job in the theatre.


You created a job for yourself on the West End musical stage show RENT. How ever did you pull that off?

Marc: I desperately wanted to work with a guy called William Baker (who was, and still is, one of my creative heroes). I heard on the grapevine he was directing a remixed version of my favourite musical RENT, in the West End. At the time that was my ultimate dream job - working on a professional West End show.

So, I wrote loads of letters and, to cut a long story short, I arranged a meeting with one of the producers. Through the course of the meeting I ended up creating a job for myself as rehearsal assistant, and creating content for the show's Myspace and Facebook pages.
What was the job like?

Marc: It was the BEST experience of my life - the show was created by the people who write, produce and style all of Kylie Minogue's work. Creatively, I was in my element, surrounded by creative energy all day, every day. Then during the run, I worked backstage ASM-ing (assistant stage manager).
I was also working with Denise Van Outen, Siobhan Donaghy (ex-Sugababe) and Luke Evans (who at the time wasn't the film star he is now!!). So, by working on the show, I achieved three dream jobs in one (working with Will, working on Rent and working in the West End).

What happened after RENT?

Marc: After RENT they invited me back to work on their next show, the burlesque Hurly Burly show - so I spent 3 weeks surrounded by glitter, feathers and tassels. I made YouTube videos, helped with marketing and ASM'd during the run too. Lots of fun. I am still in touch with them all, but I decided to leave theatre in the end, for lots of reasons, and decided to pursue my first job ambition, to be an animator.

What advice would you give to anyone trying to kick-start their career in the arts?

Marc: If you want something bad enough, you'll find a way to get it. If you're offended by the idea of having to work stupidly long hours, to work harder than you've ever worked before, and if you don't like the idea of little or no thanks...then you need to question how badly you want to work in the arts. Remember this though, once you get your first job, prove yourself, then network, network, network and you'll find more opportunities. You will need a thick skin, and it may not feel like it at times, but working in the arts will be some of the most rewarding work you'll ever do.

Posted by Alexander Williams at 07:56