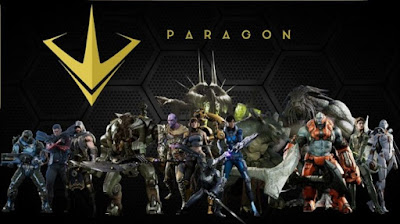 What is Paragon?
Paragon was a free-to-play multiplayer online battle arena game developed and published by Epic Games.

Powered by their own Unreal Engine 4, the game started pay-to-play early access in March 2016, and free-to-play access to its open beta started in February 2017. Epic Games shut down its servers on April 27, 2018.

Free Rigs
There are, of course, many places nowadays to find free rigs online for use in animation tests. Some of the best places to look include:

Posted by Alexander Williams at 05:21