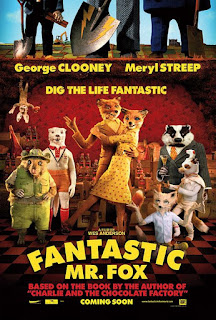 Stop-motion animation specialists 3 Mills Studios in East London (the folks who brought you Fantastic Mr Fox) are collaborating with Creative Skillset to open their doors on Wednesday 21st September.

For one evening only, visitors will have the chance to pose questions to the animation talent who have worked on some of the biggest TV and film productions right here in London.

Recent productions on site include many and varied projects (not just animation) such as Masterchef, The Royals, The Sound of Music - Live, Jekyll & Hyde and Legend.

On the night you will be also be able to get the inside scoop on live vacancies - such as production jobs, apprenticeships and  runner positions.

What else?
Events like this are a great opportunity for industry networking. There are also rumours of free pizza!

Who is organising the event?
This event is part of Open Doors, a series of events organised by Creative Skillset, the skills body for the Creative Industries.

Where is the official site?
Right here.

Where can you sign up?
Bookings are taking place at the EventBright site here. Entry isn't free, but at just £5 it's a very reasonably priced way to get inside access to one of the UK's leading film production studios.

Posted by Alexander Williams at 04:20