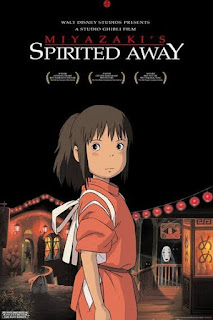 Toonz, The animation software used by legendary Studio Ghibli (The Tale of the Princess Kaguya, Howl’s Moving Castle, and Spirited Away) is set to become open source today. Which is to say, in plain English: free.

The new free software will be called OpenToonz, and will allow animators all over the world to make 2D animation at no charge.

This represents a big new democratisation of the medium of animation. Now, any animator can download Toonz, watch the software demo (see below) and start animating.

Of course, Autodesk has long allowed students to learn its 3D software, Maya, for free. But now, 2D animators are getting a big helping hand. Essentially, Toonz now represents a free pipeline for a short film, feature film or TV series.

What's this all about?
Toonz is the software that has been used by Studio Ghibli for years to produce its remarkable animated films, which have made Japanese animation a global force. Studio Ghibli has been using Toonz since the production of Princess Mononoke. Now, for the first time, this software will be free.

Who else uses Toonz?
Toonz is also used by many other animation studios, including Rough Draft, who used it for Matt Groening’s Futurama. Toonz was created in 1993 and has been used on many Hollywood feature films (and also TV series) including Fox’s Anastasia, and Amblimation’s Balto.

What will the software be called?
The new software is called "OpenToonz", though some are calling it the “Toonz Ghibli Edition” because of all the custom-features that Toonz has developed over the years for Studio Ghibli.

When will Toonz be released?
Toonz will be made free and open source to the world animation community from today - Saturday March 26.

Why is this happening?
The deal has been made possible after Japanese publisher Dwango bought the Toonz software from Italian tech company Digital Video, which has been producing Toonz since 1993.

Will there be a premium version?
Yes. Digital Video will continue to develop and sell customised Toonz software, offering a premium version for companies who need customization of Toonz for larger projects.

How does Toonz work?
To see a demo, watch the video below

Were can I download Toonz?
Right here at the official site.

Posted by Alexander Williams at 05:21