Phil Loeffler reports on the Art of Frozen 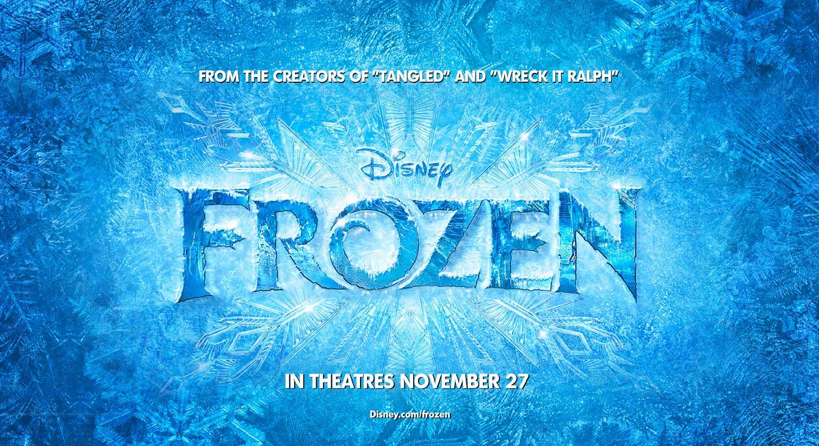 Phil Loefller, one of talented students at Animation Apprentice, attended the Disney panel discussion on the art of "Frozen" in Soho last Tuesday. We asked him to share what he learned at this rare opportunity to meet the creative talents behind the world's most successful animated feature film. 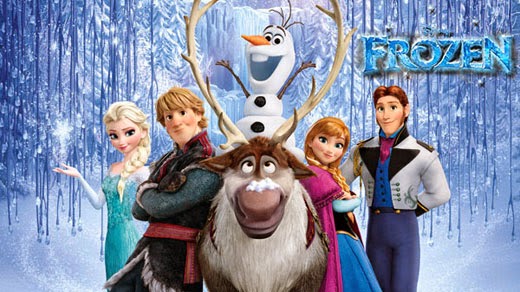 Animation Apprentice: You went to the Disney "Art of Frozen" screening and panel discussion in London on Monday night. How was it?

Phil: Yes, it was an amazing experience and quite a privilege to be able to see behind the scenes of such a successful feature animation, and more importantly to be able to see it all through the eyes of the Art Director Mike Giamo and Cinematographer Mohit Kallianpur, who conceived the design and visual language of the story.

Arriving at the Curzon theatre Soho, I didn’t know what to expect at first. As the screen started filling up with more and more students, I quickly realised that Disney was in actual fact reaching out and opening its doors to new talent on a global scale. Soho’s growth and expansion in recent years has been the outcome in part of a tax subsidy and an ever growing pool of talent within the industry. I couldn’t help but feel that Disney was realising the UK’s potential and that they are aiming to bridge and close the gap between studying and training within the industry, through internships and apprenticeships - which is something the UK is seriously struggling with. This was a huge relief to see, since breaking into the industry is very very tricky.


Animation Apprentice: Who was there?

Phil: We were greeted by Art Director Mike Giaimo and Director if Cinematography and Lighting Mohit Kallianpur. First up was Mike, who began presenting his thoughts and ideas from the very beginning, way before production had started. He ran through the extensive research they had gone through in collating all the elements that went into designing a world in which this story took place.

After a long trip to Norway and twenty thousand photographs later, it was very clear to Mike that his compositions would portrait very strong horizontal and vertical lines, which were inspired by the Fjordes of the Norwegian landscapes. Since Disney films are very character driven, Mike was passionate about creating and building environments that captured and expressed moods and emotional value and reflected these through a very saturated colour palette.

Due to the great deal of snow, Mike said he was very fortunate, since this presented
him with an almost white canvas on which he could apply his colour palette to all the reflective and refractive qualities of ice and snow. He spoke extensively about all the details they found and implemented into the designs of the look and feel of the “show”, as they kept on referring it to. The castle was conceived as being integrated into the town, as opposed to most Disney castles which are placed high on top of a mountain, overlooking a kingdom. All these design elements, to name just a few, and ideas where conceived through the extensive research they had done prior to production.

Next up was Mohit, who’s role as cinematographer and Lighting was brought in at a very early stage. Mohit’s challenges where to bring out the mood and emotion through lighting the scenes and where based on the colour keys painted early on. It was agreed early on that the lighting would be theatrical.

He explained that the greatest challenge in lighting the film was the refractive and reflective qualities of snow and ice. Since most of the scenes were set in the snowy Norwegian tundra, this was his main
priority. Again, the amount of research that was done, from calling in snow experts and scientists, to setting up live lighting scenarios with real snow, in order to capture and understand its qualities was phenomenal.

On production, Mohit explained how they would write new shaders, in order to achieve the results they were after, as well as implement and create new software solutions to accommodate their workflow.


Animation Apprentice: What did you learn?

Phil: Throughout the presentation I gained a great sense of collaboration and teamwork between the different departments and their roles in production. Even as Mike and Mohit were presenting their challenges and solutions within their respective roles they still maintained a level of fluidity, bouncing off of each other and collaborating. The most I learned was that the amount of research and planning that goes into creating animated films is paramount. They had most of it worked out and planned out, with clear and concise aims that made their world believable. In film one speaks of the suspension of disbelief. Through their extensive research and development Mike and Mohit created a world that is believable in its own right. Animation Apprentice: Did you gain any insights into how animated films gets made?

Phil: Only a few areas of the production process were briefly explained. What was really insightful were the thinking processes and the journey both Mike and Mohit went through to create the environment and world this story lives in. The visual challenges and the solutions they reached. It was less of a technical lecture, and presented more from an ideas and concept basis – artistic. What was highly interesting to see was the colour keys, presented in tiny thumbnails. What was presented was one frame of every scene in the film. What you saw was a mosaic of colour capturing the emotion and performance of the scene. At a glance you could see which scenes where the dangerous and thrilling ones, which ones were the sad ones etc. They worked from an overall chart and then moved into the detail of every scene and shot. Once they had this mapped out and approved, it became the basis or colour palette for lighting and final look.


(Editor's note: for more information on finding work in the animation business, read our post on how to find a job in the animation industry, and check out our post about what not to do at a job interview. Also see our post on starting your own small animation business, learn how to create an invoice, and see how we are helping our students find work through our film co-operative Nano Films.  Take a look at how awn.com can help you find a job, and read our piece about how to survive as a freelance animator. Also, find out what Cinesite look for in a student's demo reel. )

Posted by Alexander Williams at 04:26